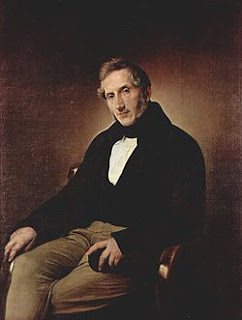 
Churches and religions are institutions one should leave, not join,  this is Mymosa Moon’s opinion, but dramatic conversions are an easy way  to build a biography, everything else left unchanged,  you do something: you change yourself, your attitude towards the outside world, you gain an identity, a network and a market, and a powerful tool to write novels.
Muriel Spark, who  converted to catholicism  in 1954 (she  was born Muriel Sarah Camberg, her father was jewish her mother presbyterian),  said it wasn't until she became a Roman Catholic that she was able to see human existence as a whole, as a novelist needs to do.
I would add that a novelist needs to construct  a set of   changes in this whole.   A plot must have, Aristotle says, a beginning, a middle, and an end.  The most simple way to relate the events in a plot is to transform the beginning, via the middle,  in its contrary, the end, or to reinforce the beginning through a complication in the middle, whose solution leads to the  happy ending.  In fact   religions, are  of  narrative nature , build on contraries: the son of the highest, a God, suffers the lowest   humiliating death, a form of punishment for slaves, the  cross, but at the end he returns to his father as a God, conquering Death.
Charmian Colston one of main characters of Muriel Spark’s masterpiece Memento Mori, discovers her vocation as a novelist  while she realizes  the simple truth  that rules human relations: people do not love each other. Quite a contradiction, one might think, because in the same time the novelist Muriel Spark, as a catholic convert should obey to the  most unnatural, contrary to human nature, paradoxical  commandment: Thou shalt love thy neighbour as thyself.

... the law of contraries, the paradoxes of life, the blessing in disguise, the  answered prayers that cause more tears than those that remain unanswered,  the heterogony of ends, i.e.    men serving different purposes than those they  are consciously pursuing....  religion can help to  relate facts, good and evil, conflicts and changes, that would, otherwise,  remain unrelated..
Providence: refers to God’s point of  view of the world , his cooperation with everything that happens, and his guiding of the universe. Evil deeds assume at the end of the story a logic an  explanation, a meaning  not visible with the short sight of human eyes.  The word comes from Latin providentia foresight, prudence, from pro- "ahead" + videre "to see". It means  "knowledge of the future" or omniscience, which Christians believe is an attribute of God.
They say that the Renzo and Lucia are not the real protagonists  of  I Promessi Sposi   (The Betrothed) by Alessandro Manzoni ,  the real subject of the novel is the catholic concept of  providence.  In the little universe of the novel the  omniscient writer plays the role of God.
In Italian literature, Manzoni’s conversion is the most prominent. It happened in Paris, where he was living, having  joined the freethinking household of his mother, and the  literary set of the capital,  among whom he made many friends, notably Claude Fauriel, the old lover of Mme De Staël, who was said to be le plus bel homme de Paris.
Manzoni's firts  wife Enrichetta Blondel repudiated  her own  religion, Calvinist Protestant, to embrace Catholicism, for her husband's sake.

►
Fai clic per modificare e visualizzare le traduzioni alternative
Muriel Spark lived almost half of her life in Tuscany, with a female companion, fiercely denying allegation of a lesbian liaison. The great Dame of english literature had a very strong and bad temperament, refusing to have anything to do with her only son Robin, when he converted to judaism.  She accused him  of seeking publicity to further his career as an artist. ( considering only  her own conversion as genuine).
In  her first novel The Comforters,  the main character, Caroline,  herself a writer and newly convert to catholicism, hears voices, that describes her as character in the novel Muriel Spark is writing. Quite a vicious circle. Of another character, the belgian Baron Stock, it is said that he exhausted his capacity for conversion when he became an englishman. But he is anyway a diabolist, he makes money out of black masses an trafficking in consacrated wafers.  A belgian anglicate is a devil incarnate.
.Muriel Spark