An Apology for Onanism

Therefore, I tell you, her many sins have been forgiven-
for she loved much. But he who has been forgiven little loves little (Luke, 7, 47)

a piece of good old   male (and gay) bashing  feminism.  At the bottom of  the last circle  of  New York  Hell lies of course a gay dark room. People living in  their cosy  familial suburbian Inferno of semidetached houses in Bedizzole will be happy not to be living  in New York
-New York? che postaccio! mille volte meglio Bedizzole!-
She is showing pornography, and  making innuendo to all possible deviations of sexuality, (incest and so on),   while passing moral judgements on them. Would it not be better to use the rhetorical  figure of reticence: la sventurata rispose (the poor wretch answered), so prominent in chapter 10 of Manzoni I promessi sposi.  Dante's Quel giorno più non vi leggemmo avante Inferno V:138 (27/30) (That day no farther did we read therein) is more erotic than any sordid detail.
Transexuals are  the only category of pervs  excluded in Shame,  probably because they would add a bit of irony to a film dramatically lacking it. 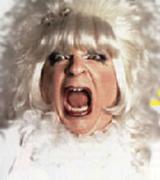 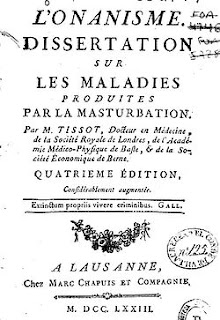 Diogenes the Cynic  wanked  in a public square in 400bc Greece!
A bit of a relief was Gould' s Bach fuga   accompanying Fassbender  jogging in NewYork with aseptic detached elegance.  The opposit has to be said of  the original score by composer Harry Escott,  stressing with redundacy the scenes already redolent of condemnation.
What saves Steve McQueen film is the rythm, the balance of stillness and movement, probably not worth the money you spent.  You can  hear Glenn Gould  for free on You Tube
Mymosa Moon
Pubblicato da MyMosa Moon alle 14:33